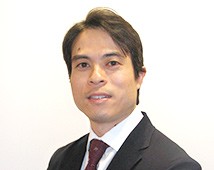 Dr Lawrence Yuen is a medical graduate of the University of New South Wales. He underwent residency and training in general surgery through the Royal Prince Alfred hospital. In 2010 he was admitted as a Fellow of the Royal Australasian College of Surgeons and continued with a further year of post fellowship training in kidney and pancreas transplant surgery at Westmead hospital, Sydney. He spent a second year of post fellowship training at the Princess Alexandra hospital in Brisbane in kidney & liver transplantation in addition to complex hepatobiliary and pancreatic surgery. In 2012, he was appointed consultant surgeon at Westmead hospital.
His main interests are minimally invasive and open surgery for diseases of the liver, gallbladder, bile duct, pancreas.
He also has a special interest in laparoscopic hernia repair and complex hernias involving component separation techniques.

He has appointments at Westmead public, Westmead Private and Norwest Private hospitals.